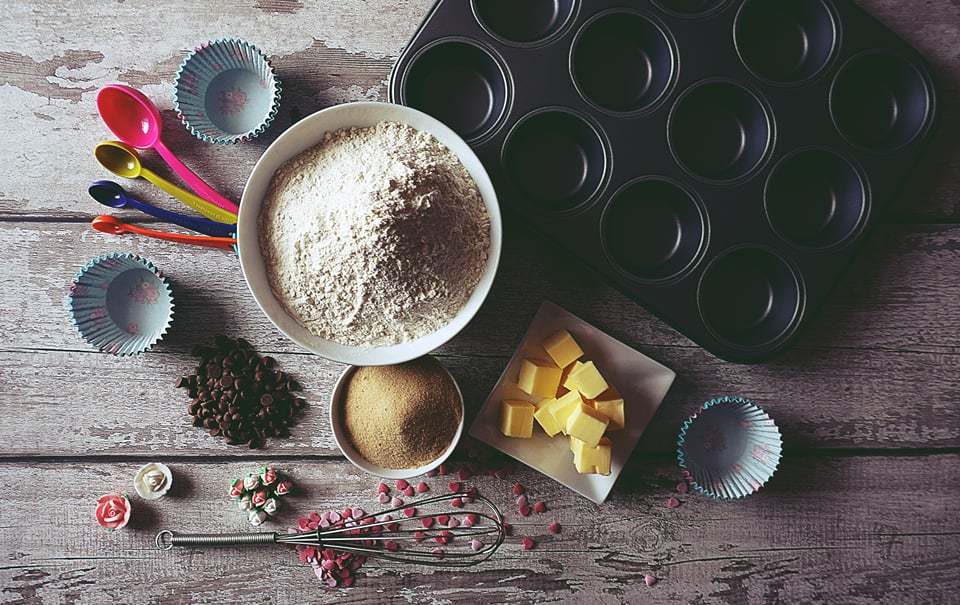 Recently, The Connection held its biennial Celebration and Vision Fundraising Event and celebrated its fifth birthday too. It was a wonderful evening! Among other things going on, we had a coffee bar full of tasty mix-ins and toppings and a buffet with tons of beautifully prepared and delicious food.

My assignment was to make Apple Cider Cupcakes with Brown Sugar Cinnamon Buttercream Icing for the party. That day, I also had a long list of other responsibilities and was trying to make the most of every moment so that I could be ready on time.

I set my laptop on the kitchen counter, went to Pinterest (How did we ever manage before Pinterest?!) and brought up the recipe. Then I got out my mixer, measuring cups and spoons, cupcake tins and liners and all of the ingredients. I opened all of the containers, turned on the oven and was set to get started!

Then, Messenger started blowing up. Ping. Ping. Ping. I had three conversations going at once while working on the cupcake batter. All of the conversations were important and not ones that I was comfortable postponing until later but I needed to get the cake in the oven.

As I’m reaching over the ingredients to type a response to a Messenger question, I heard a still, small voice. “You’re going to knock something over. Move the vanilla.”

Well, I didn’t have time to be rearranging the 30 million things on the counter or going somewhere else to finish the conversation. I’m doing fine so far. I can multi-task with the best of them! (See past blog where I say that we shouldn’t multi-task. Do as I say; not as I do!) So, I continued with this awkward arrangement until…

Yea. You guessed it!

I knocked over the vanilla bottle. A brand new, full to the top bottle of pure vanilla extract.

Splattered over the keyboard of the laptop! Splashed on the screen! A growing puddle on the counter! And besides the mess, you know that pure vanilla extract ain’t cheap!

Ugh! I REALLY don’t have time for this!

If I had only listened to that little voice whispering the warning, “Move the vanilla.”

How many times has God spoken to you and you brushed it off? “I don’t have time for that.” “That’s too much of a change in direction.” “I want to do it my way.”

Maybe it was something small… Tell that mom at the store that she’s doing a great job. OR Text that friend and ask her to coffee.

Maybe it was something a little bigger… Sign up for that prayer workshop. OR Don’t continue with that habit. It’s not good for you.

Maybe it was something really big… Leave your boyfriend. This isn’t the right relationship for you. OR Step out in faith and do this new thing.

When the Spirit of truth comes, he will guide you into all the truth, for he will not speak on his own authority, but whatever he hears he will speak, and he will declare to you the things that are to come. John 16:13

I know that you already know this, but all of us need to be reminded from time to time…

When God speaks we need to listen – whether it something big or something little. I’ve made the mistake of following my wants over God’s leading many times. Sometimes, I seem to get away with it. But I’ll never know what would have happened if I had obeyed. What blessing did I or someone else miss out on because of MY disobedience?

God knows more than we do. He sees the entire picture. He has the Master plan. Listen and obey. Period.

Please forgive me for the times I’ve not listened to your leading. Help me to hear your voice above the noise of life. May all that I do glorify you.