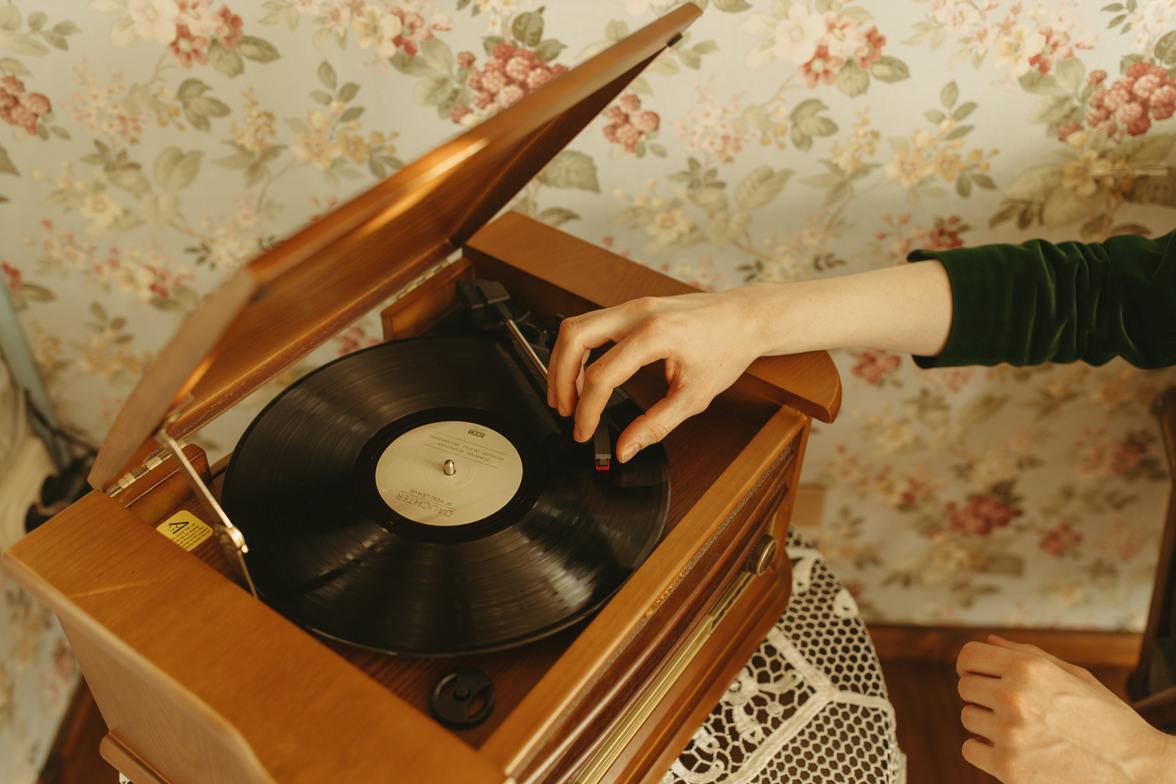 I will never forget being a teenager in the summertime.

I grew up on Long Island, New York. My room was on the first floor, right next to the dining room, which was the home of my dad's record player. He loved to turn the music up as loud as he could. It was his way of releasing tension, not to mention bugging us kids.

As you probably know, teens love to sleep in. For us, it was mostly because we would go out just as my parents were getting ready for bed. (I thought they were such old fogies. But now, that is me, hitting my pillow at 9:00 or 9:30 every night.) Anyway, Saturday mornings were especially my dad's favorite. As an early riser, he would wake up at what I thought to be a crazy hour in the morning, make his pot of coffee, eat a bowl of cereal, and then grin while flashing his dimples. Then, he would stand up and walk to the record player.

I remember hearing the closet open as he got into his father’s old record collection, one of his favorite things. I remember hearing that specific scratchy noise that records make just before the debut of the artist. And then there it was, as loud as my dad could make it: “Roll out those lazy hazy crazy days of summer…” by Nat King Cole. At first, part of me would be annoyed in teenage fashion. But I just couldn’t be mad at him. My dad is such a silly guy.

He would walk past my room, taking a quick peek for my reaction. If he didn’t get a reaction, he was sure to sneak back to the record player to play it again…and again…and again.

Then, CDs came out. Now he was able to work his sneaky tricks by pushing the “repeat” button.

Another song my dad liked to play repeatedly was “This is My Father’s World” by Frank Sinatra. He and I actually danced to this song at my wedding. He even had the band start the song all over again when the song was finished. Those who understood laughed. Oh, what great times!

It’s hard to fathom anyone loving me more than my father loves me. I am definitely not the perfect daughter. Making phone calls and staying in touch is not something that I am diligent about. But my dad keeps on loving me.

I know many of you have fathers who are not the way you want them to be. But you also have the Almighty Father who loves you so much. He really does. If you are looking for the love of a father, read of God the Father’s love in scripture and let it sink in. You are loved!

He will leave the 99 sheep and chase after the one who has strayed. He is always reaching out, but it is up to you to reach back to Him.

1 John 3:1 says, “See how very much our Father loves us, for he calls us his children, and that is what we are! But the people who belong to this world don’t recognize that we are God’s children because they don’t know him.”

I feel like God is always trying to get my attention, just as my dad did by playing the same song again and again. My dad was always right on point with the season of life. I had the choice of shutting my door, putting in earplugs, or reacting with a smile. God is also known for repeating himself. “Truly, truly I tell you.” When God is repetitive, He really wants you to know something.

He even put His message into written words for us to have at our hands and be able to read repeatedly. We can listen to worship and praise music on repeat as well. It is actually a proven fact that things need to be repeated seven times in order for our minds to remember something.

I hope you are enjoying your summer. I hope these lazy and hazy days aren’t too crazy for you. Whatever your circumstances, search for your Father who loves you. Read. Pray. Praise. Repeat.

If you would like help and encouragement to "stay in touch" with your Heavenly Father through His written Word, click Here.

Kellie has been married for 20 years to her husband, Kevin. Together they have three children and she has a step-son (who lives with his mom). They have moved around the country many times and are finally growing their roots in their small town. Kellie’s faith in God is extremely important to her. She has been through many mountains and valleys and the Lord has gotten her through. She loves to ride her bike, write, watch movies, and is very involved in her children's lives. Being a Mom is her favorite role in life. She values her faith, family, love, and friendships.

Hi Kelly, I am your mom's school friend over 50 years. Prayers for you and Kevin